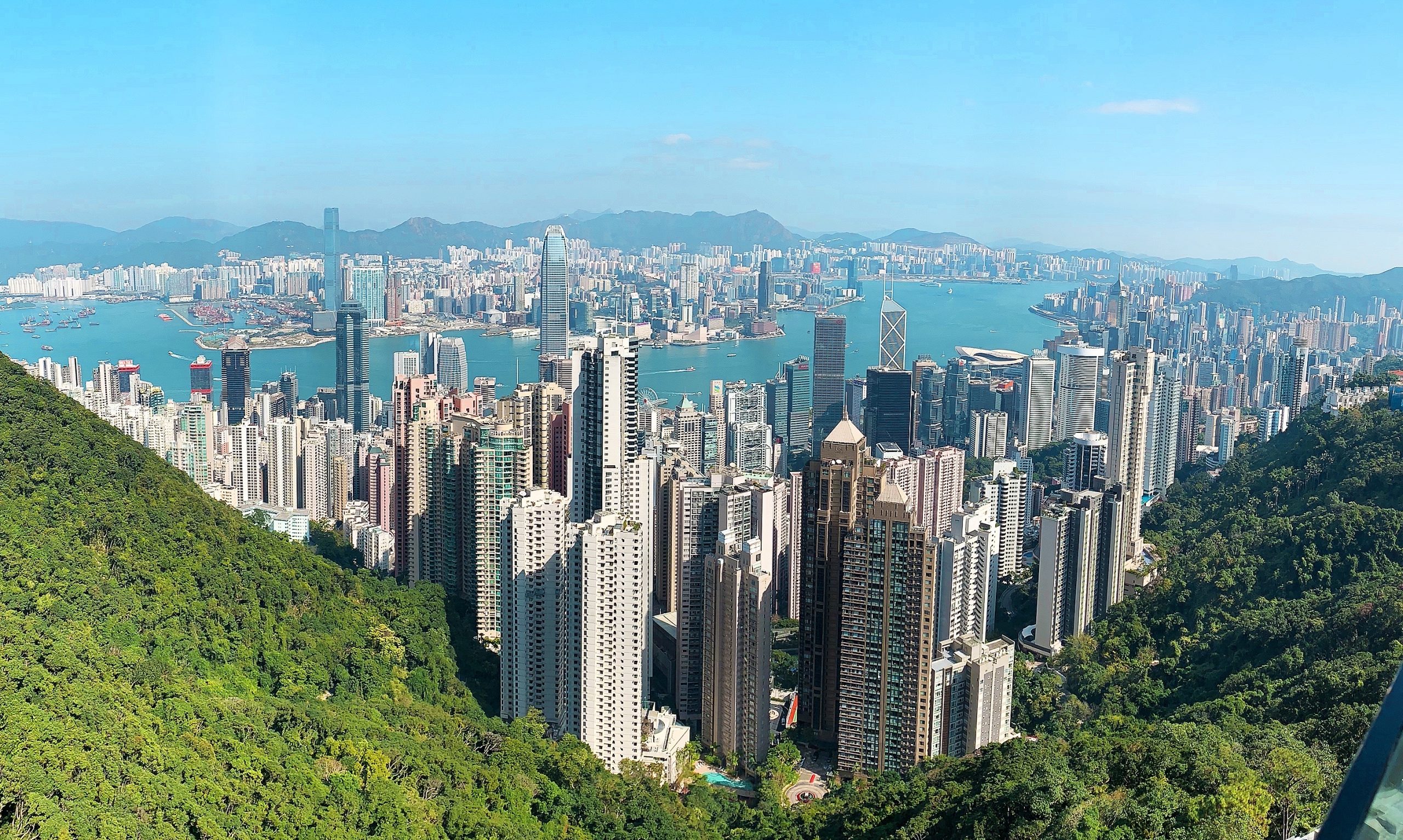 A little note before you start reading, I wrote this piece on February 10, 2020; while I always do a final edit prior to publishing I didn’t change anything I said, and of course had no idea what would be happening in our Country at present. Read on to understand why we need to Pray for Hong Kong.

Hubby and I have had our fair share of travel to shall we say “dangerous countries”, ones which pop up on the warning list of the US government travel site.  When we were asked to work in Hong Kong over my hubby’s Christmas and New years break for 2019-2020, our love of adventure and experiencing new cultures had us chomping at the bit to board our flight.   Hong Kong is not known as a dangerous place, however there has been no shortage of news covering the “social unrest”, including riots and protests which have resulted in some injuries.  This worried our entire family and friends from different walks of life; we assumed if it got dangerous enough the trip would be canceled.  We checked the government travel website often as our departure date grew closer.

Another thing I researched was their religious freedom, I have heard so many stories of martyred Christians and the growing underground Church in China and have asked the Lord to strengthen them. I’m aware the mainland is quite different government wise, I just wasn’t sure how “free” Hong Kong was.

My Hubby and I read God’s Word daily, we used to carry a physical Bible, but these days we both use the Bible App while traveling.  Would they make me delete it?  I researched, and it seemed there were plenty of Christian churches listed out in the open, as well as finding out they celebrate Christmas there too. After wondering if I’d have to “smuggle” God’s Word in, even if for our daily consumption, we devised it would not be an issue.

We made the decision to go since the US wasn’t warning against traveling there, only to be cautious and stay away from protests and demonstrations. How bad could this city be?  They celebrate Christmas, and huge bonus, they have a Disneyland (which was the main reason for us taking the contract to go).

Hubby and I boarded our plane on December 21, hand in hand, Bible apps securely on our phones, and settled in for our 16 hour direct flight to Hong Kong.    Upon arrival, Christmas was in the air, the airport was covered in twinkle lights and Christmas trees, and a giant velvet chair awaited Santa at the center of the vast atrium.   We walked around the city the first day so we didn’t fall asleep before having to work later in the afternoon; we came across many churches and a huge cross painted on the side of a building that read “Jesus is Lord” in both Cantonese and English.   It was safe to say we wouldn’t have any issues here concerning our faith.  As for the protests we heard a few people talking of them, most people seemed cautiously in support. We got a text at one point from other performers in the show saying not to go near a certain mall, of course we listened and prayed for Hong Kong and the safety of it’s people locals and visitors, through such tumultuous times.

Hubby and I began to pray for Hong Kong as we learned more about the unrest. Hong Kong was a British dependent territory from 1841 – 1997 except for when it was under Japanese occupation from 1941-1945.   In 1997 Hong Kong was transferred back to China after they were denied an extension of the lease. However, Britain obtained guarantees the Chinese government would preserve their systems, freedoms, and way of life for an additional 50 years.

Mainland is very different, it’s a lot more rural, and while Shanghai is a big city that also boasts a Disneyland there are differences there too.  Certain movies and Social Media are banned along with a plethora of other freedoms which come along with a communist society. The protests are happening because mainland China is starting to renege on their agreement, an astonishing 34 years early.

I’m sure you can imagine the many generations of families who have enjoyed freedom are now seeing it threatened.  The protests for the most part have been peaceful; the police of course are paid by mainland China, and are expected to carry out the wishes of the Chinese government.  I know darn well in every protest even  “peaceful” ones you have people on both sides getting out of hand.  I’m sure not every officer stands one hundred percent behind mainland, seeing as they live on the island too and enjoy those freedoms as well. What do you do when the person paying your paycheck asks you to enforce something you aren’t comfortable with? Especially if there is any fear of said person?

I started thinking about all the Christians in Hong Kong and how long it would be before they start getting murdered for their faith?

One peaceful night prior to Christmas we took a walk in town and came across the most beautiful little street of shops and cafes. Lighted wreathes hung from every window of the Victorian architecture as we walked down the cobblestone street.  Giant LED Angels hung overhead, their lights danced to make it look as if their wings were flapping; then we heard a choir singing sweetly as we got closer; while we couldn’t understand the words (I didn’t have enough time to familiarize myself with Cantonese prior to our trip)  the tune we knew very well, “The first Noel”. LED doves twinkled above their heads as the peaceful voices rose to Heaven’s ears.

They went on to sing Hymns, I sang in English quietly with them, the Holy Spirit so present.   I gulped down tears, thinking of these Brothers and Sisters freely lifting their voices in worship, I asked the Lord to protect them and their freedoms. Just across the water they wouldn’t be allowed this freedom, these people were fighting the best way they knew how to keep their freedom to worship among many others.    I watched little ones playing, giggling, and wearing their holiday best holding hands with their loved ones; wondering how long they will experience freedom?

We never came across any major riots, although we did see many riot police out on New Years Eve, not an uncommon sight in any big metropolitan city during a major event.  We came across a group of people all dressed in black standing silently together holding their cell phones with the flash lights on. We whispered a petition to the Lord, my heart ached for them.    We decided to stay in and enjoy the view of the Harbor from our room on New Years Eve,  the iconic firework show in Hong Kong Harbor had been canceled due to the protests. We were also beat since Hong Kong is like San Fransisco in terrain and we had walked a modest 14.5 miles that day.

On January 1st, we headed back to Hong Kong Disneyland for the last time before heading back to the airport later that afternoon.  I couldn’t help but continue to entreat the Lord on their behalf as I compared our similarities, the freedoms Hong Kong enjoys like Christmas, Disneyland, and openly worshipping Jesus.  Hong Kong wasn’t a whole lot different than New York or any other major city. People from many nations, of many colors and ages.  Stores I know very well, smiling faces of the local people who almost all spoke english, sushi and burgers, dim sum and Thai, craft beer and cute little wine shops, bustling large businesses as well as small, all basking in freedom just like us.

Have you even considered what would you do if your freedoms were taken right out from under you? the right to worship, the right to vote? freedom of speech?  Hong Kong, while not dependent financially on mainland China, has no military of their own. What would you do without a military full of soldiers defending your freedoms selflessly? They are left with few options to oppose the injustices being dealt them. I can’t even imagine what I would do.  I know there are countries who have less freedom than us, but for the most part they didn’t have it taken away, it’s either been the way of life for a long while or they are working towards more freedom.

I honestly don’t know what is going to happen, but I know Who does.  I’m continuing to Pray for Hong Kong.  I ask you to Pray for Hong Kong with me, for our Christian Brothers and Sisters, pray for their safety, freedom and for the Word of God to continue to be preached. Pray for those who don’t know Christ, pray their freedoms won’t be taken away,  so they can have the opportunity to meet and worship God freely.   I hope at the very least this perspective of mine helps you feel gratitude for what God has Blessed us with here. I pray for America that we won’t take these freedoms for granted.  No matter what happens the Bible talks about hope even when we are in an unknown tumultuous time.

“Truly I tell you” Jesus replied. “ No one who has left home or brothers or sisters or mother or father or children or fields for means of the gospel will fail to receive a hundred times as much in this present age: homes, brothers, sisters, mothers , children and fields -along with persecutions- and in the age to come eternal life.”

What then shall we say to these things? If God is for us who can be against us? He who did not spare His own Son, but delivered Him up for us all, how shall He not with Him also freely give us all things? Who shall bring a charge against God’s elect? It is God who justifies. Who is he who condemns?  It is Christ who died, and furthermore is also risen, who is even at the right hand of God, who also makes intercession for us. Who shall separate us from the love of Christ? Shall tribulation, or distress, or persecution, or famine, or nakedness, or sword? As it is written: “For your sake we are killed all day long; we are accounted as sheep for the slaughter.” Yet in all these things we are more than conquerers through Him who loved us. For I am persuaded that neither death nor life, nor angels nor principalities nor powers, nor things present nor things to come, nor height nor depth, nor any other thing shall be able to separate us from the love of God which is in Christ Jesus our Lord.

Will you join me and Pray for Hong Kong?

You can read other travel related posts here

When God Met Me in the Middle of my Questions

My 1 year Social Media Break, how I survived and thrived