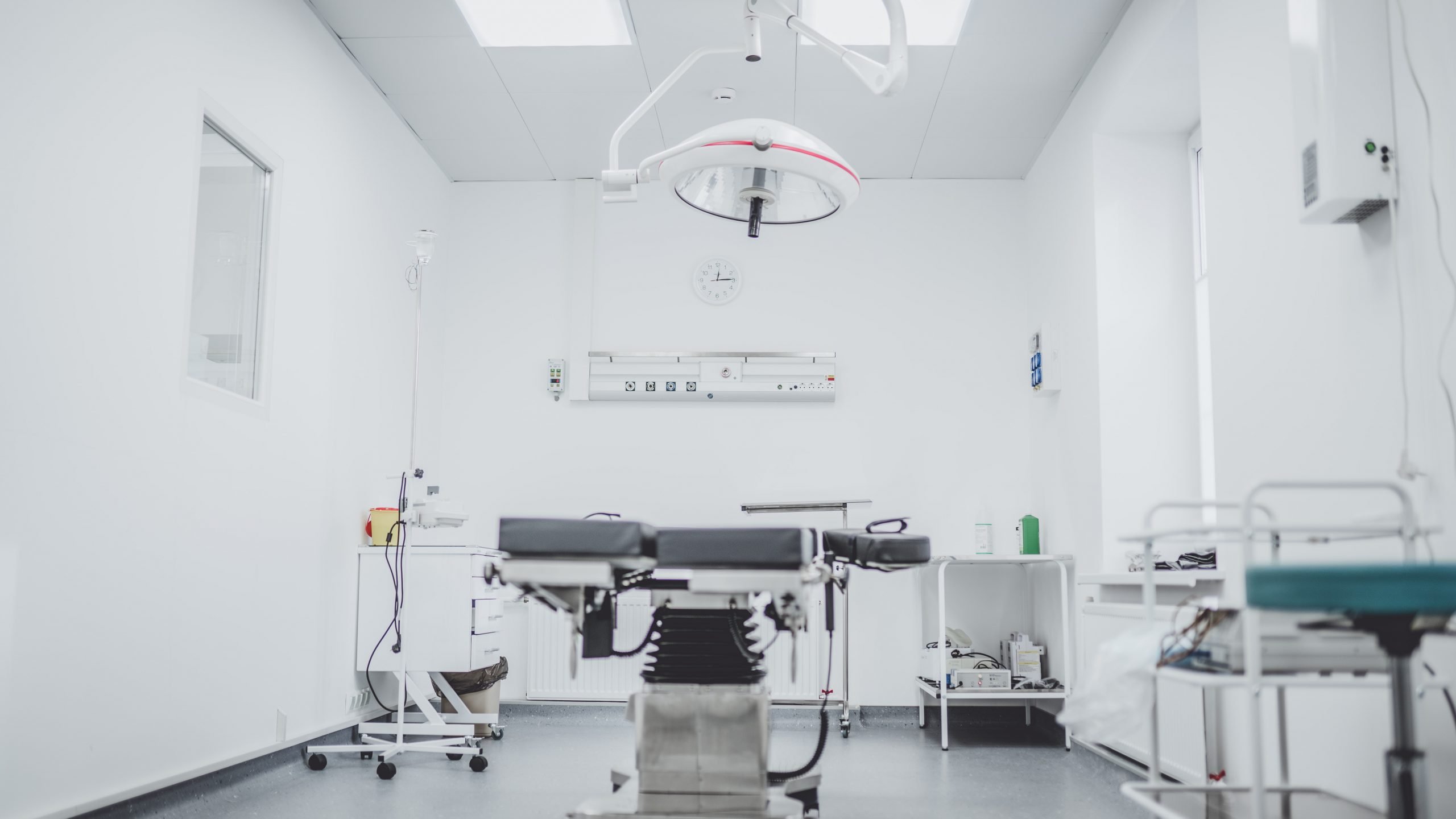 We call it my “Burst Day”, the day that led to my eventual endometriosis diagnosis and surgery.

“911 what’s your emergency?”  I’m sure the call went something like, “a lady has collapsed, and is having trouble breathing outside of the Rest stop I’m at”. I couldn’t have ever imagined someone would have needed to call 911 on my behalf,  I never expected an Endometriosis diagnosis and surgery. After all I was super healthy and only 31 years old, I didn’t have time for this. I had places to go, important places!

My hubby and I were traveling home from New England after touring with a Cirque show; he as the head Carpenter and driver of a 26 foot box truck which housed the set and equipment, and I the costumer. This drive home was different than other drives on tour, we were making a pit stop in Tennessee for a very special cousin’s wedding, where my husband was to officiate.

We hit considerable traffic driving through New York City, so as soon as we were over the George Washington Bridge into New Jersey we exited at the first rest stop to use the bathroom and get some coffee.

While in the restroom I quickly realized I wasn’t feeling well, the onset of a pain so excruciating caused me to have trouble breathing, I figured I’d better get out of the stall before I passed out.

I texted my hubby and let him know something wasn’t right, and I was coming out. He asked what I wanted him to do. I had a hard time realizing how bad off I was, it’s hard to communicate when you can’t breathe.  Not wanting to over react, I told him we should just wait, maybe I needed fresh air.   Being outside didn’t make any difference. Having no bearing on how I was feeling, he began researching nearby urgent care facilities.

I prayed,  “Lord, I don’t know what to do….help!”  Immediately a man walked up let me know he was an off duty EMT, and informed us there were  many good hospitals in the area.  He paused, then said,  “I’m calling 911”. The peace I felt in the moments even before the ambulance arrived was unexplainable, I felt so close to God and just trusted He was in control. If it was time for me to go to heaven, I was ready.

A patrol SUV pulled up and they put me inside thinking I was having heat stroke, they blasted the AC on me which wasn’t helping. It was incredibly hard to voice my discomfort level due to pain and lack of oxygen. The ambulance arrived and I was rushed to the hospital.  Tests were ran, I was given morphine and it barely took the edge off, no answers.  My white blood cell count was so high they decided to admit me.

In the morning I still thought, maybe we would make it to the wedding after they figured it out. However, my hubby confirmed it wasn’t going to happen. He had just went outside to make the phone call to his cousin to let him know we wouldn’t be making it.  I tell you, when I pray everyday, “Lord guide my steps and my day” this wasn’t what I had in mind.

My body was going into toxic shock, they couldn’t really see why.  After suspicions it had something to do with my reproductive organs ( though Endometriosis was never even brought up) they brought in the leading OBGYN who ran more tests he informed me they needed to operate immediately.  We were so Blessed, some of our dear friends the Rainey family lived in Manhattan 7 miles from the hospital, they came as soon as they could and sat with my hubby through my surgery.

26 hours after being admitted I was rushed to surgery on a gurney, down the hall bursting through the doors, literally just like they do in the movies;  playing over and over in my head,

“You will keep him in perfect peace, him who’s mind is stayed on You because he trusts in You.” I thought,  I remember reading this verse but didn’t remember memorizing it.  After surgery I had to search it on the Bible app to find where it was (Isaiah 26:3)  It’s incredibly sweet how the Lord brings to mind His Word, right when we need it.  It has impressed on me even more how much I should be reading and memorizing Scripture!

They found I had an endometrioma (basically a cyst caused by endometriosis filled with old blood) the size of a grapefruit which was inside my right ovary. The cyst had burst rupturing the ovary as well.  The surgeon cleaned out all the old blood and other fluid which had caused me to go into toxic shock in addition to repairing the ovary. They informed my us, I’d be in the hospital for at least a week; so upon seeing me after surgery, our sweet friends took my hubby home with them so he could shower and eat normal food.

Thankfully my hubby was able to visit me easily everyday, the Rainey’s home was right next to the bus station with a direct bus to the hospital.

Recovery in the hospital

When he came to visit me the next morning after my Endo diagnosis and operation he told me there was a window with a view of New York City at the end of the hall. Still to weak to walk further than the bathroom, this became a goal for to gain enough strength to walk to the window, and see beautiful New York.

I was on oxygen, was extremely weak and still in a lot of pain from surgery as well as healing from the toxicity my body experienced.  It was a new feeling for me to be so dependent on the hospital staff and my hubby.

Despite my own Endometriosis diagnosis and surgery, others around me were hurting too. My first roommate, separated only by a curtain, was quite loud and demanding. After my husband arrived one morning, she began to threaten the nurses by throwing things, this was so stressful. They called a code on the loud speaker and two very strong men came in to help dissipate the situation, my hubby urgently requested I be moved to another room, the curtain separating us was not enough to deflect flying chairs or other medical objects.  I found out later she was having her legs amputated, my heart broke for her. I was touched by the care of the nurses who loved her despite her yelling and throwing things at them.

My new roommate was very sick with some sort of mass inside of her, when they sent in the chaplain to pray with her she refused, the chaplain offered a word of encouragement and she refused. I prayed silently for not only her body to heal but for her soul to be healed too.  She was cranky, but she wasn’t throwing things or yelling which was an improvement.  The chaplain prayed with me and I was grateful for the additional prayer for my healing.

Slowly through the week I would walk a little further, at first only making it to the door. They let my hubby help me shower when I was strong enough to make it there. I wept as I got a real first look at my swollen body, and scars, he just told me I was beautiful.  The day came where I could finally make it to the window and see New York City, it was beautiful! NY is a very special place to me, my Grandparents grew up there and loved it, I’ve always felt it is part of me. Seeing the city lights shining was a beacon of hope.

Release from the hospital

Upon my release almost a week after my Endometriosis diagnosis and operation they informed me I couldn’t travel or fly for a few weeks. My hubby had to return the truck to Las Vegas, with the show stuff in it.  The Rainey’s were so kind and not only let me stay, but took me to Dr appointments, fed me, took very slow walks with me as I was healing and provided such a peaceful safe place to be.

Beauty in the hard

This insane situation taught me so much.

Insights God gave me along the way

As I write this it’s coming on 5 years since my Endometriosis diagnosis and surgery. We like to call it “My Burst Day.” As comical as it sounds we actually celebrate the day, to remember where God showed up tangibly and revealed to us more of His heart.

This week I’m reflecting back to my “Burst Day” I can’t say I have “being still” mastered.  The busy and “tyranny of the urgent” as Pricilla Shirer coined it in her book “Awaken” continually presses in hard.

God showed me being still doesn’t mean to become a couch potato and binge watch TV all day.  God actually calls more of me in seasons of “stillness”.  He wants me to choose to be intentional with my time and affections, prioritize my marriage and care of our home, love on the people around me and truly be present.  To lean into Him and wait expectantly for my next assignment.

While my Endometriosis diagnosis and surgery has caused me many difficulties, the desire to control situations (and the facade that I’m able to), I believe can be way more deadly if not dealt with.  We will experience all sorts of physical issues this side of heaven and God promises to be there for us through them.  We shouldn’t ignore the lessons He is teaching us through these trials.

Like Paul wrote to the Corinthian church in 2 Corinthians 12:7-10

And lest I should be exalted above measure by the abundance of the revelations, a thorn in my flesh was given to me, a messenger of satan to buffet me, lest I be exalted above measure. Concerning this thing I pleaded with the Lord three times that it might depart from me. And He said to me “My grace is sufficient for you for My strength is made perfect in weakness”. Therefore most gladly I will boast in my infirmities, that the power of Christ may rest on me. Therefore I take pleasure in infirmities, in reproaches, in needs, in persecutions, in distresses, for Christ’s sake. For when I am weak, then I am strong.